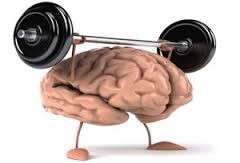 If you’ve ever pushed your body through something so challenging you didn’t think you could do it (like completing your longest ever run), you’ll know a thing or two about applying willpower. And if you’ve ever grabbed a second helping of cheesecake even though you felt stuffed, you know what it feels like to lack willpower. But is willpower something you can train and develop?

Can you use up your willpower?

Some studies have suggested that willpower  is a limited resource. Certain researchers believe that if you employ every ounce of willpower necessary to get yourself down to the gym, you may have little to no willpower left when it comes to turning down a second helping of pudding later on.

A number of psychologists and scientists point to the idea that the more we use willpower, the less we have – a concept known as “ego depletion.” But these beliefs may not be so black and white.

Roy Baumeister, psychologist, professor, and author of “Willpower: Rediscovering the Greatest Human Strength” has studied this topic for more than two decades and believes we have limited supplies of willpower but he also suggests that we likely have more of it than we give ourselves credit for. “People have more willpower and energy than they think they have,” he says.

Dozens of studies have re-examined and challenged the idea of ego depletion. More current work suggests that if we believe willpower is a limited resource, this can have a negative effect on our self-control, ability to set and attain goals, and our overall wellbeing. “Recent research indicates that mood and beliefs may buffer the effect of willpower depletion,” says Dr. Caren Baruch-Feldman, a clinical and school psychologist and author of “The Grit Guide for Teens: A Workbook to Help You Build Perseverance, Self-Control, and a Growth Mindset. “In other words, if you believe willpower is limited, you may have less of it.

Baruch-Feldman believes that the people with the most self-control use their willpower less often and that’s why people who seem to have the most willpower might actually simply be using it more effectively.

“Instead of fending off one urge after another, these people set up their lives to minimize temptations,” she says. “They are proactive instead of defensive, using their willpower in advance so they avoid crises and conserve their willpower reserves.”

These willpower warriors convert tasks that require willpower into habits, thus putting certain tasks or activities on autopilot. In other words, for a person just starting out on a fitness journey, driving to the gym after work likely requires plenty of willpower. But for a person who goes to the gym religiously every Monday through Friday, muscle memory and habit make that drive to the gym more automatic.

So what can you do to tap into your willpower to hit your health and fitness goals? Here are some expert-approved tips to help.

9 willpower tips to stay on track

Think of willpower as a muscle

Baumeister suggests we think of willpower as a muscle that can get stronger with regular exercise. “Any exercise helps,” he says. You can work on improving your posture, cleaning up the way you speak (i.e. cursing less often), or better maintaining a clean and organised house (i.e. making your bed every day, cleaning dishes right after you use them, etc.) “These little things build character, that is, strengthen the willpower muscle for more important challenges,” Baumeister says.

Speak kindly to yourself

“Many people try to persist by simply resisting urges,” Baruch-Feldman says. For instance, they may use willpower to resist an enticing plate of freshly-baked cookies and say to themselves “No cookies. Stop being weak to temptation.” Instead, Baruch-Feldman says it is best to highlight the positive aspects rather than focusing on deprivation. For example, if you pass up a treat, you could tell yourself “I like how it feels when I fuel my body with fresh, whole, healthy foods.”

“We are much more successful when we set our environment up in a way that promotes health rather than thinking we can put ourselves in a tempting environment and not give in,” Baruch-Feldman says. If going out to dinner with a specific group of friends often leads to unhealthy food choices, invite them over to cook a healthier meal together. Or if a certain gym time doesn’t make you feel good or excited about working out – or makes you feel like avoiding it altogether – try another gym time or consider working out with a partner.

Form healthy habits (and be specific)

“Forming good habits is the best way to use willpower. Develop habits of healthy eating and you won’t need as much willpower.” Baumeister says. The next part of the equation: be specific. Rather than tell yourself you want to be healthier this year, focus on one goal at a time and break it down into a more specific behaviour. For instance, let’s get one 30-minute HIIT workout done. It’s easier to tackle big problems if you take it on in small manageable steps, Baruch-Feldman explains.

See healthy habits as a want instead of a need

“When we commit to and see healthy habits as a ‘want to’ instead of a ‘have to,’ we can grow stronger and be more willing to try hard things,” Baruch-Feldman says. Once you tackle a challenge – let’s say you sign up for your first 5K – you may build your confidence and feel inspired to sign up for more races. It’s all about viewing health and fitness challenges as something you want to accomplish to better yourself rather than something you need to do.

Tell your other half, mam, brother, co-worker – or anyone who’ll listen – that you are working on a goal. “By letting people know what you are doing, you build both support and accountability,” Baruch-Feldman says. Better yet, ask a friend if they’d like to tackle that goal with you.

“Writing down what we want to accomplish helps change our brain more than just saying it,” Baruch-Feldman says. Write down the specific steps to achieve your goals. Baumeister suggests we keep track of willpower, too. “Keep track of behaviour in relation to goals, he says, “Be extra vigilant when willpower is low.”

Set yourself up for success

Once you set a goal, find ways to facilitate that goal and make it harder to require willpower. For instance, if your goal is to run after work two days a week, set calendar notifications and pack your running clothes the night before. If your goal is to cut out processed foods, buy plenty of healthy snacks and stash them in your desk drawer, your car, and your gym bag. When willpower wanes, these small but mighty steps can help you stay on track.

Listen to your body

Willpower should be a tool to help you workout when you’d rather watch TV, power through a tough HIIT interval, or pass up a second cookie. Flexing your willpower doesn’t have to mean going for a 10-mile run when you have the flu. If you slip up, don’t abandon your goals. Learn from the way your willpower ebbs and flows and be kind to yourself.

If you feel you are FINALLY ready to make the right changes in your health and fitness, please get in touch to book your free consultation.

To your health and fitness,
Ciarán

We believe that EVERYBODY, not just the gym elites should have access to the right kinds of training to get the BEST results. In our opinion, a mix of strength & condition training and high intensity training far outweigh any other forms of exercise …

END_OF_DOCUMENT_TOKEN_TO_BE_REPLACED

This website uses cookies to improve your experience while you navigate through the website. Out of these, the cookies that are categorized as necessary are stored on your browser as they are essential for the working of basic functionalities of the website. We also use third-party cookies that help us analyze and understand how you use this website. These cookies will be stored in your browser only with your consent. You also have the option to opt-out of these cookies. But opting out of some of these cookies may affect your browsing experience.
Necessary Always Enabled
Necessary cookies are absolutely essential for the website to function properly. This category only includes cookies that ensures basic functionalities and security features of the website. These cookies do not store any personal information.
Non-necessary
Any cookies that may not be particularly necessary for the website to function and is used specifically to collect user personal data via analytics, ads, other embedded contents are termed as non-necessary cookies. It is mandatory to procure user consent prior to running these cookies on your website.
SAVE & ACCEPT